If you would like to speak to one of the Registry staff, the contact details are as follows:

The Chancellor – The Worshipful and Reverend Timothy Clarke 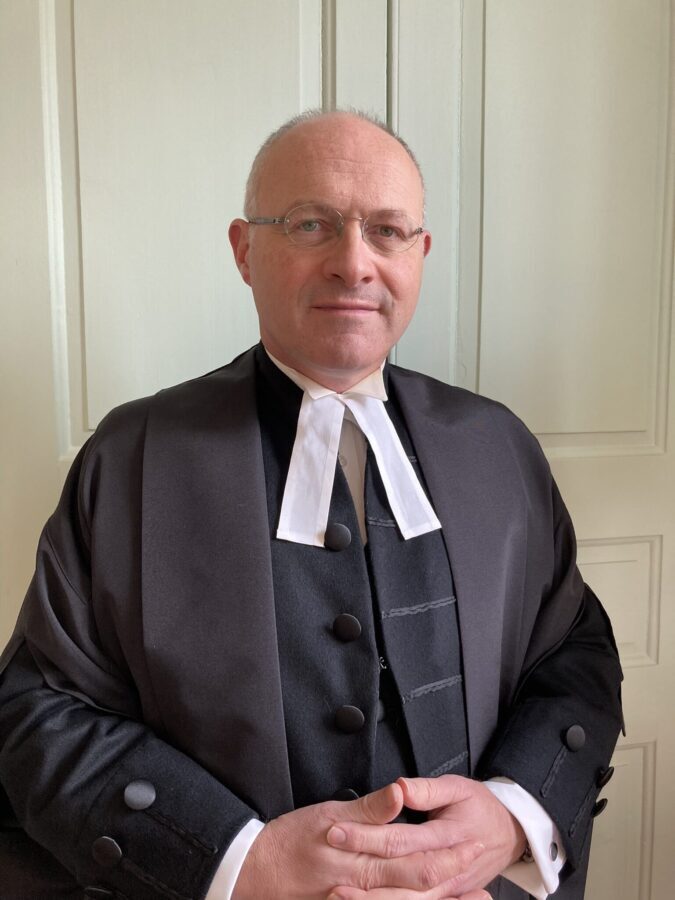 The Chancellor (the judge of the Diocesan Consistory Court) is The Worshipful and Reverend Timothy Clarke, a barrister at Three Stone Chambers, Lincoln’s Inn and a non-stipendiary priest in the diocese of Worcester. He can be contacted via the Registry’s contact details above. 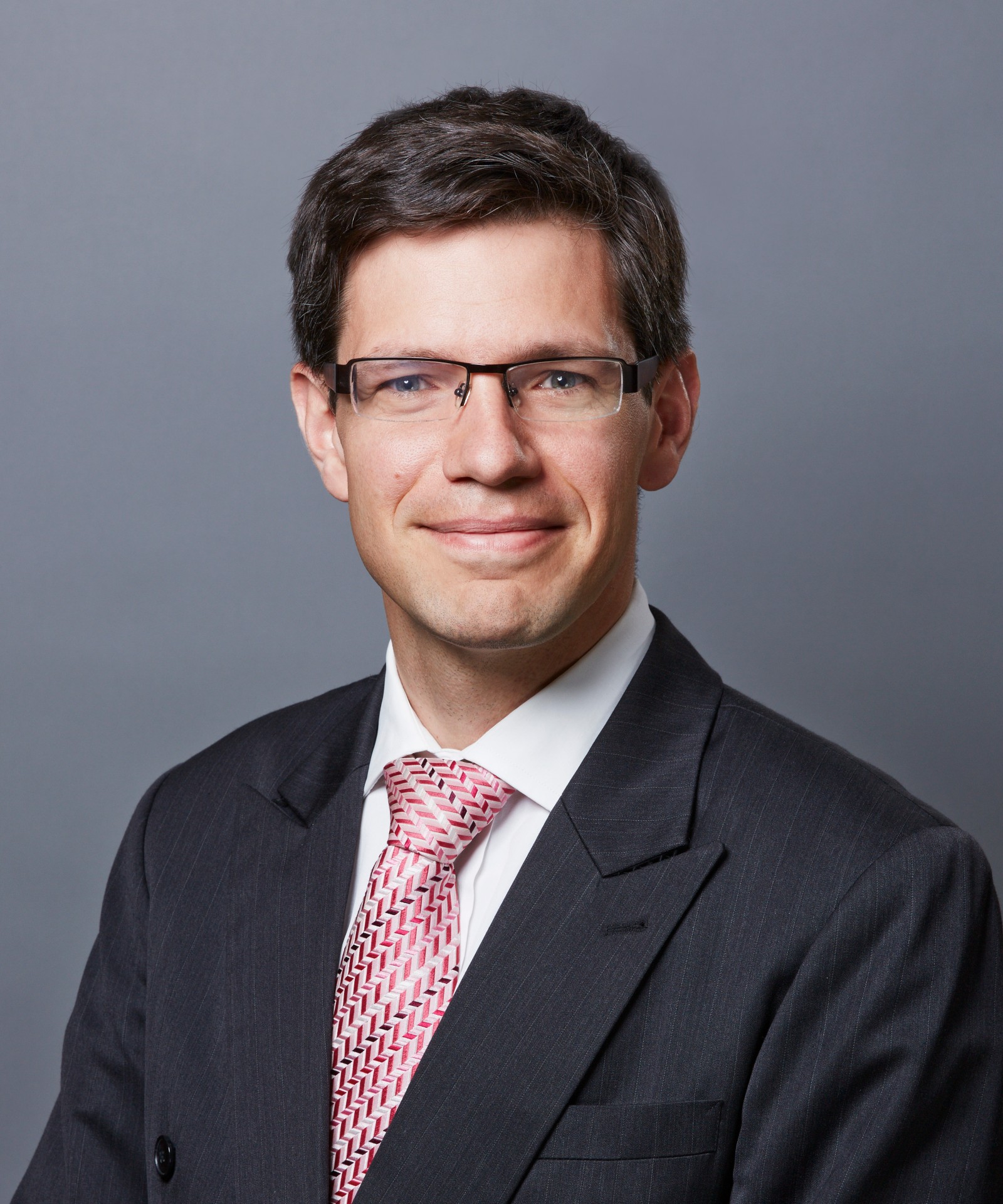 The Deputy Chancellor is the Worshipful Alexander Learmonth QC, a barrister at New Square Chambers, Lincoln’s Inn. He can be contacted via the Registry’s contact details above. 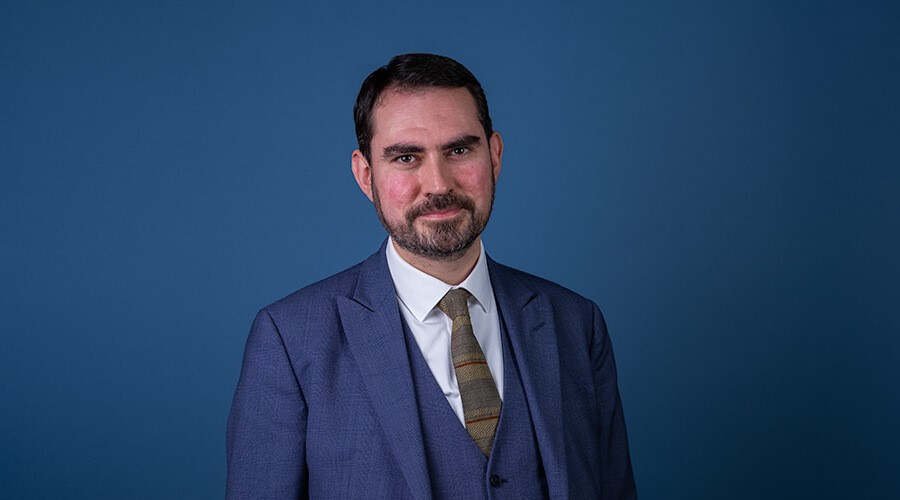 Ian Blaney is the Registrar to the Bishop of Derby and a notary public for ecclesiastical purposes.

He is also Registrar to the Bishop of Lincoln, Deputy Registrar of the Faculty Office of the Archbishop of Canterbury, Deputy Registrar of the Guildford Diocese, a Governor of St Mary’s Church of England Primary School, Hornsey, a member of the Hornsey St Mary and St George Parochial Church Council and a trustee of the Friends of the Church in China. Ian acts for a wide range of charitable organisations, with a particular focus on ecclesiastical and education law. His practice extends to:-

– the establishment and regulation of charities;
– academies set up under the Academies Act 2010, particularly in the conversion of maintained schools to academies in relation to which he has been involved in over 100 projects;
– charity property, acquisition, development and disposal, and trusts of land; and
– all matters relating to the Church of England.

Ian was educated at Alsager School and Jesus College, Cambridge, where he read history. He subsequently studied the law both in London and in Cardiff. Ian was an ecclesiastical clerk in Lee Bolton Monier-Williams from 2005-011, working in the Faculty Office of the Archbishop of Canterbury and the diocesan registries of the Bishops of Ely, Guildford, Hereford and Liverpool. After a brief spell in China he completed a training contract with Lee Bolton Monier-Williams and qualified into the ecclesiastical, educational and charity department.

Ian has acted for a wide range of institutional and private clients. He has contributed to respected publications on the law of marriage, ecclesiastical property, and burial law and cremation and has a detailed knowledge of the law of school sites and trusts. 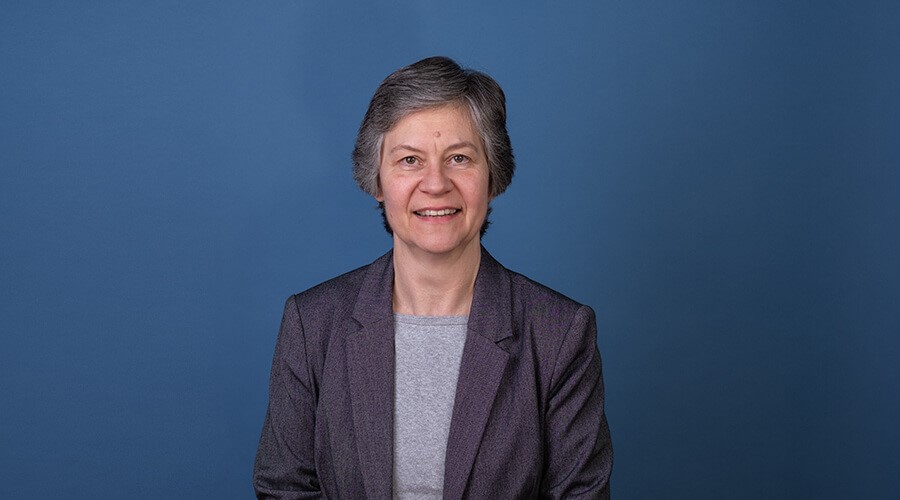 Susan Black joined Lee Bolton Monier-Williams in 2015 as an ecclesiastical law clerk in the Faculty Office of the Archbishop of Canterbury and the Diocesan Registries. She is a principal clerk for the Derby Registry and key contact for a range of matters ranging from faculties, churchyard matters and general enquiries. She has a financial and legal background having worked in trustee, executorships and investment management and, for twelve years, in legal costs as a law costs draftsman and legal costs consultant. She is a member of the Ecclesiastical Law Society. 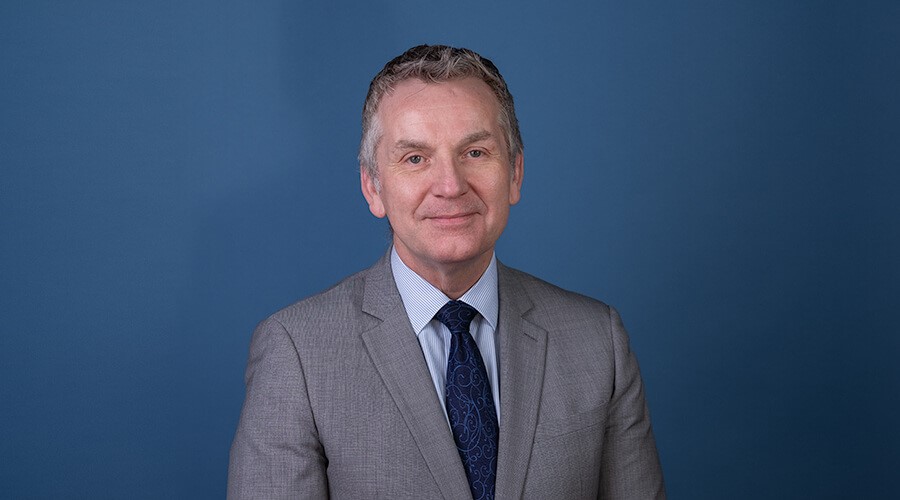 Kevin Diamond  joined Lee Bolton Monier-Williams in January 2018 as an ecclesiastical clerk in the Diocesan Registries, and is a principal clerk for the Diocese of Derby for matters relating to marriage licences and clergy licensing. He worked for 22 years in various roles with the Archbishops’ Council’s National Church Institutions in Westminster, most recently having completed 13 years as a National Adviser for Selection for Ordained Ministry. He is a member of the Ecclesiastical Law Society. 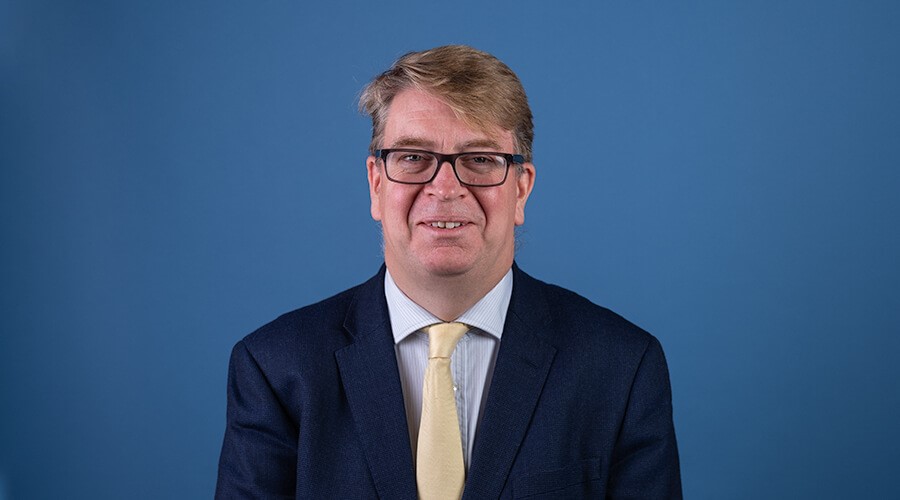 Howard Dellar is head of the Ecclesiastical Education and Charities Department and Senior Partner at Lee Bolton Monier-Williams.

He is Registrar to the Dioceses of Guildford, Liverpool and Ely, Deputy Registrar for the Diocese of Lincoln, and is the Registrar of the Faculty Office of the Archbishop of Canterbury. Howard is the solicitor to many charitable companies, Maintained schools, Academies, Independent schools and a number of Church of England Diocesan Boards of Finance and Education. He advises the National Society, the Whitgift Foundation and a number of Multi- Academy trusts. Howard is secretary to the Bletchingdon Community Foundation and chair of The Bletchington Charity and of The St Mary Magdalen Oxford Restoration and Development Trust. He is a member of the Ecclesiastical Law Society and the Charity Law Association. 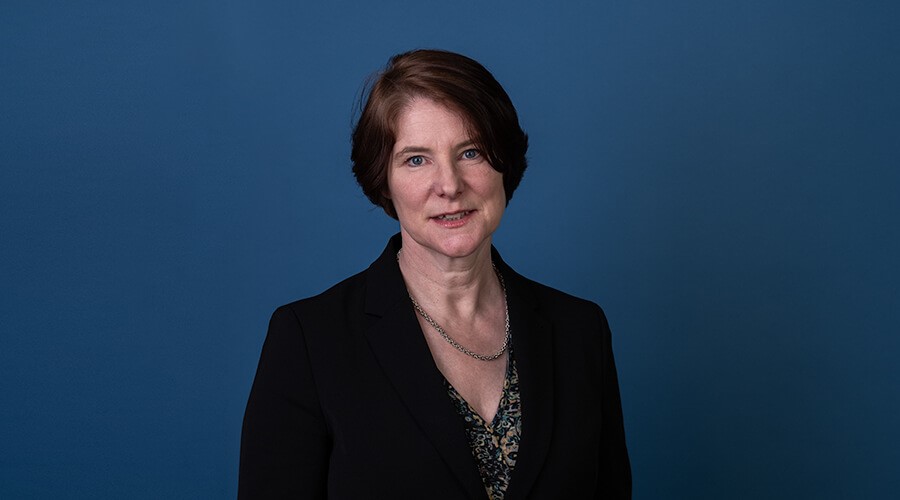 Susan Newell is a Solicitor in our Ecclesiastical Education & Charities Department. She is also the Deputy Registrar for the Diocese of Lincoln.

Susan read biology at St Catherine’s College, Oxford, graduating with a first-class degree, before completing a postgraduate Diploma in Law and the LPC. She qualified as a solicitor in 1997 and worked as a corporate lawyer, first in Oxford and then in the City of London. She has extensive experience of company and business law, and has also worked as the in-house solicitor for an educational group. Susan joined Lee Bolton Monier-Williams in 2016.

Susan retains an interest in biology, particularly horticulture, and enjoys sharing her love of nature with her young children. She is Vice-Chair of Governors at her local school, and has a particular interest in safeguarding and child wellbeing. She is a member of the Charity Law Association and the Ecclesiastical Law Society. 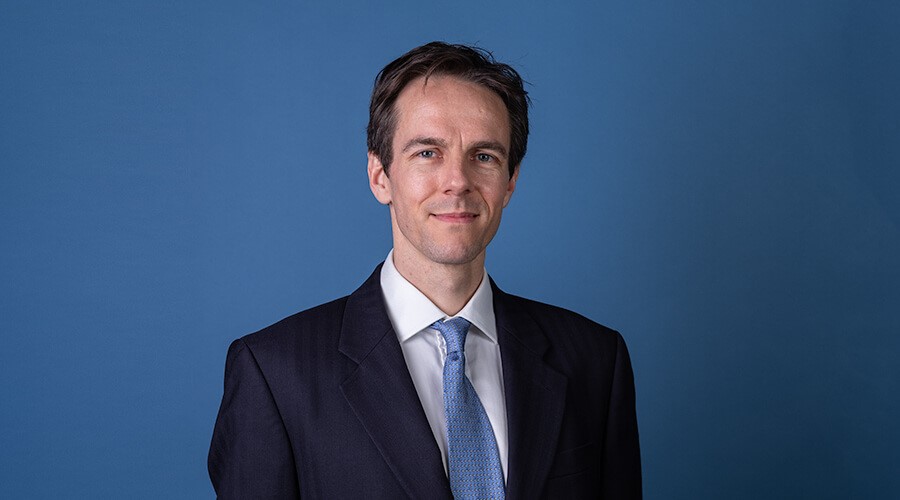 Ed Henderson is also Deputy Registrar of the Diocese of Liverpool, and a Partner with Lee Bolton Monier-Williams.

Ed trained at LBMW and qualified into the litigation and commercial department. He now has a broad practice split evenly between employment, litigation and commercial law. He handles procedural and dispute avoidance work for employers and acts for both employers and employees in employment disputes in the Employment Tribunal. Clients include companies, schools and church dioceses. On the litigation front, Ed’s first case after qualifying was PCC of Aston Cantlow v Wallbank, the high-profile Chancel Repair Liability dispute. He also provides support to the Education, Ecclesiastical and Charities department helping to resolve clergy matters (especially discipline cases) and appearing in the Charities Tribunal. As part of the commercial team Ed also works on the commercial aspects of academy conversions drafting and advising on the articles, funding agreement and commercial transfer agreement. 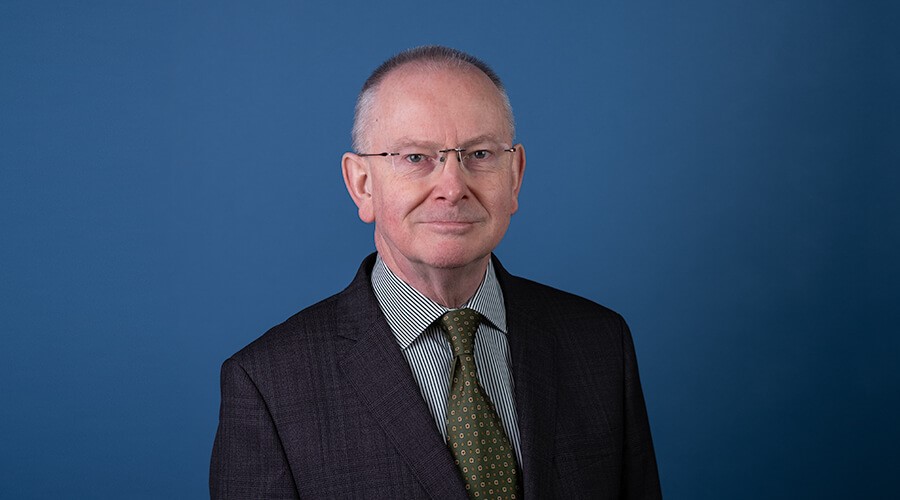 Stephen Borton is the Chief Clerk and Ecclesiastical Manager for the Registry. He has particular expertise in marriage law, the Faculty Jurisdiction and the law relating to clergy appointments, employment and discipline. He has been a member of the Ecclesiastical Law Society since 1994 and Deputy Secretary since 2010. 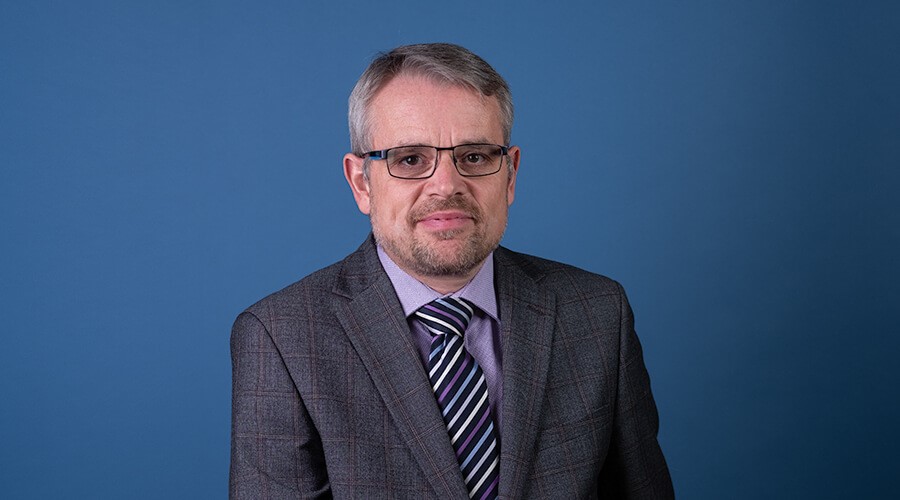 Neil Turpin is an ecclesiastical law clerk in the Diocesan Registry who previously worked for 22 years as a residential property lawyer. He was admitted as a Fellow of the Chartered Institute of Legal Executives in 1999. Neil joined Lee Bolton Monier-Williams in 2011, as a clerk in the Ecclesiastical Department, also working in the Faculty Office of the Archbishop of Canterbury currently as Chief Clerk. He is a member of the Association of Diocesan Registry Clerks and the Ecclesiastical Law Society. Until the end of 2012 Neil was a long-serving churchwarden and sacristan at a church in Southampton. 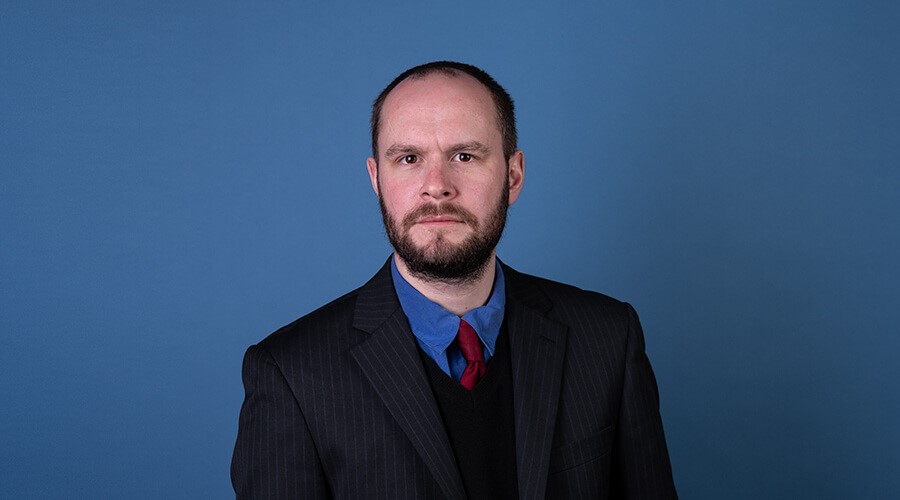 Patrick Roberts joined the Firm in May 2016 and works as an ecclesiastical clerk in the Faculty Office of the Archbishop of Canterbury and the diocesan registries of the Bishops of Ely, Liverpool and Guildford. Patrick holds a PhD in English Literature. He is a contributing editor to the UK Poetry Archive, and works in his spare time as a reviewer and critic. He is a member of the Ecclesiastical Law Society.

Other members of the team

About the work of Lee Bolton Monier-Williams Solicitors

Legal Advisers to the Church, charities, schools and to business and private clients since 1855.

Charities: Constitution, registration, and management. Charity Answers is a web-resource offering legal information and the opportunity to question our team of specialists online.

Education: Voluntary and independent Schools and Academies; finance and management; personnel matters, School sites and reverter. Education Answers is a web-resource offering legal information and the opportunity to question our team of specialists online.